Psychopathic serial killers are a source of infinite public fascination. If best-selling novels, hit TV series and popular films are any indication, you’d think real-life Hannibal Lecters were constantly running amok in the U.S. Thankfully, such offenders are far less prevalent in reality than they are in entertainment — but the disproportionate damage done by violent and even nonviolent psychopaths not surprisingly attracts intense scientific interest as well. On May 11, in fact, the New York Times explored whether psychopaths can be diagnosed as young as age 9.

Another way to figure out what makes the psychopath tick is to contrast him — and they are overwhelmingly male — with other abnormal personalities. In a recent study led by Jean Decety, a professor of psychology and psychiatry at the University of Chicago, researchers looked at a personality trait often confused with psychopathy: sexual sadism.

The Psychopath vs. the Sadist 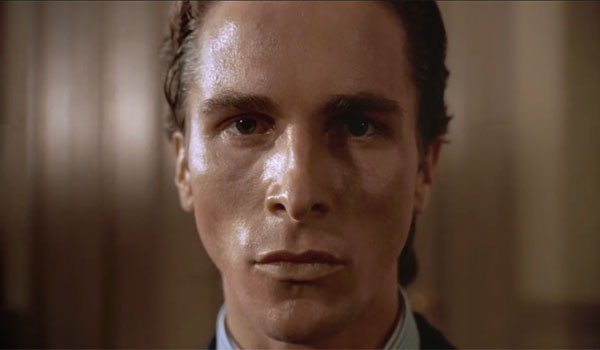 Decety and his colleagues recently published a brain-scan study of 15 violent sexual offenders, eight of whom were classified as sexual sadists. The research deliberately excluded psychopaths in order to find brain differences unique to sadism.

Participants were shown images that involved either pain or no pain — for example, a picture of a person stabbing a table or another person’s hand with scissors, or an image of someone slamming a car door and either hitting or not hitting another person.

When viewing the pictures of pain, the sadists showed greater activation in their amygdala — a brain area associated with strong emotion — compared with the other sexual offenders. Moreover, the sadists rated the pain experienced by the victim as more intense than the nonsadists did. And the more intense the sadists thought the pain was, the greater their activation in another brain region called the insula, which is involved with monitoring one’s own feelings and body states.

“When you feel something like disgust, pain, pleasure, even orgasm, the insula plays a critical role to bring those bodily emotions to awareness,” Decety says.

Decety’s study suggests that sadists seem to be especially tuned in to what their victims are feeling — in fact, they experience it vicariously and are aroused by it. Psychopaths, on the other hand, tend to be indifferent to the emotions of others. “If you live with a psychopath and you cry because that person was unpleasant to you, that probably doesn’t matter to him. He is not moved and doesn’t care, because he doesn’t feel anything about what you feel,” says Decety. “The sadists do feel. They understand that the victim is in pain.” 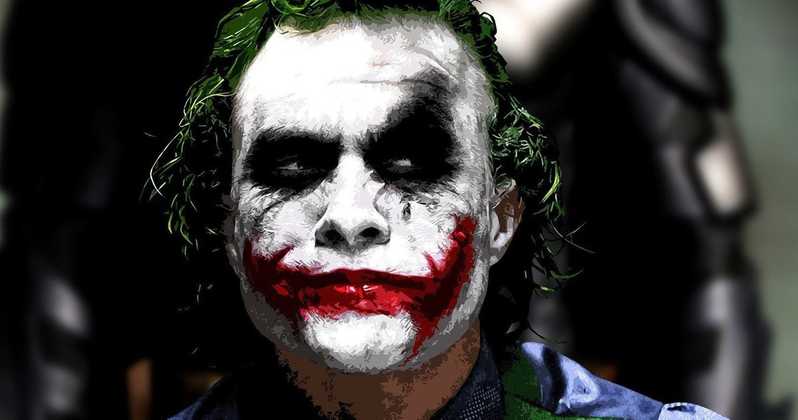 In another new study aimed at elucidating the workings of the psychopathic brain, researchers at King’s College London explored the differences between people with psychopathy and those with another dangerous personality type: antisocial personality disorder (ASPD). The Diagnostic and Statistical Manual of Mental Disorders (DSM), psychiatry’s diagnostic manual, views psychopathy as basically the most extreme type of ASPD, but increasingly, research suggests that they are separate. “Nobody had ever done [a brain-imaging] study contrasting people with ASPD and psychopathy,” says lead author Nigel Blackwood.

Blackwood describes people with ASPD this way: “They’re impulsive, irritable and hotheaded. They use reactive aggression like the classic pub-brawl scenario when they see a threat where it may not exist and use violence to ‘solve’ the situation.”

“Once that’s done, they might experience some degree of regret or remorse. They might feel guilty. They have lot of anxiety [disorders] and depression and substance misuse,” he says. Psychopaths, in contrast, may be equally violent and aggressive — and are also likely to frequently take drugs — but they are remorseless and coldly plan their attacks.

Another difference: both those with ASPD and psychopathy tend to have experienced maltreatment during childhood, but unlike people with ASPD, psychopaths don’t have symptoms of posttraumatic stress disorder as a result. Quite the opposite: psychopaths tend to have little anxiety and virtually no fear.

Compared with people with ASPD only, the brain-scan study found that psychopaths had reduced volume in a region called the anterior rostral prefrontal cortex (arPFC) and another area known as the temporal pole. These regions are important for understanding one’s own thoughts and feelings as well as the minds of others.

“Both areas are involved in the process of thinking about yourself and other people at the same time to work out their intentions, emotional state and desires,” Blackwood says. While psychopaths clearly require some sense of what others are thinking and feeling to allow them to manipulate people, damage here could explain their own lack of emotion and indifference to that of their victims.

Decety’s work and that of others had previously shown differences between psychopaths and normal people in a nearby prefrontal area, the ventromedial prefrontal cortex, or vmPFC. “That region is [used] to combine emotion and cognition to make decisions,” says Decety, noting that people with brain damage there may become pathological gamblers or make other repeatedly bad choices. Without the vmPFC, negative consequences don’t seem to affect behavior.

Psychopaths, of course, are well-known for their resistance to punishment. Their lack of fear means they don’t worry about physical pain or harm, and their lack of concern for the feelings of others means social punishment doesn’t work either. If you don’t care if you hurt or disappoint people — and aren’t bothered by rejection — you won’t feel ashamed or guilty or embarrassed, and consequently won’t be motivated to avoid those feelings.

When Does Psychopathy Begin? 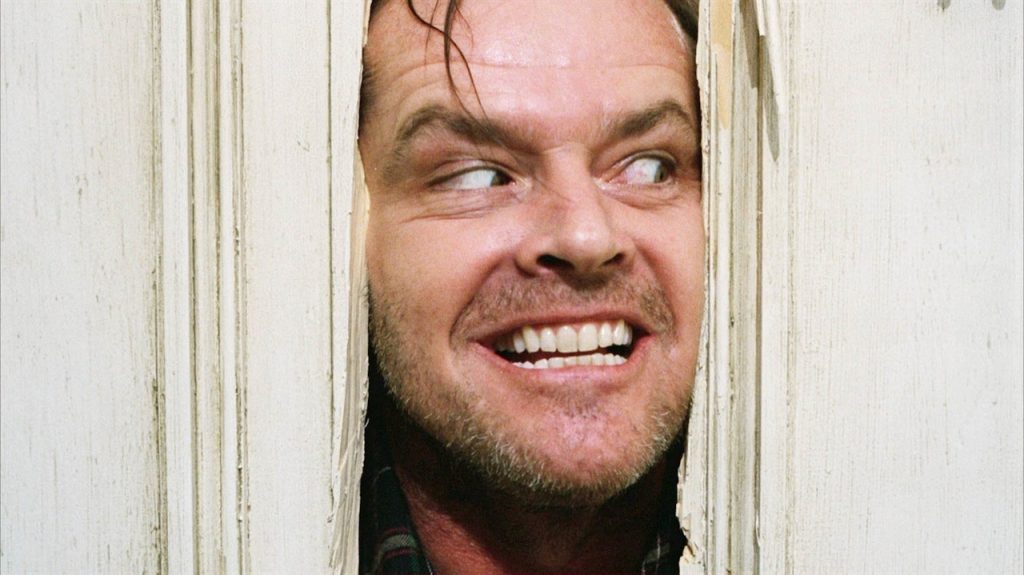 The roots of all types of antisocial behavior appear to be laid down in early childhood, with genetic predispositions interacting with nurture — or typically, in these cases, a lack thereof — to shape development.

Some children seem to be born with slight antisocial tendencies: they are difficult to discipline and have impaired self-control. Indeed, to warrant a diagnosis of adult ASPD, antisocial behavior must begin early in life, in what is labeled childhood conduct disorder (CD) and characterized by persistent defiant and sometimes cruel behavior.

Most children with CD will not grow up to become psychopaths, however, and at least one-third outgrow the diagnosis entirely; they don’t even develop ASPD. But a smaller group show an early lack of fear and indifference toward others that is much more troubling. These children, who are characterized as having callous/unemotional traits, are at greatest risk for becoming psychopaths.

Sexual sadism also seems to have early developmental roots. “What I would predict is that this kind of behavior has its origins very early in infancy. The way babies are treated or abused may have long-term consequences for the development of the pathways for pleasure and pain,” Decety says.

When young children, who are dependent on their caregivers, are abused, they have little choice but to love the people who are hurting them. “If the caregiver is inflicting pain and you also love that person, a weird relationship can develop where pain becomes pleasurable,” says Decety. “What is important to realize is that the pathways in the brain that are involved in pain processing and the pathways involved in pleasure are linked. They have to overlap to some extent. That’s why if in development something goes wrong and you mix the two, you [may] seek pleasure from pain.”

Can Psychopathy Be Cured?

Adult psychopaths don’t fear the pain of punishment, and similarly, they aren’t bothered by social pain. Children with callous/unemotional traits are the same and, as a result, are extraordinarily difficult to manage. While simple conduct disorder can result from having antisocial tendencies and being raised in a violent or chaotic home — and can therefore often be helped by remedying that situation — CD with callous/unemotional traits seems to have a stronger genetic basis and is more intractable.

“Treatment programs for conduct disorder are very good, but the callous/unemotional group doesn’t respond to things like punishment, the naughty step, or time out,” says Blackwood. In the same way, psychopaths are much harder to reform than adults with ASPD.

Because they don’t respond to punishment, reward-based treatments work best for callous/unemotional children, even as they seem counterintuitive for the most badly behaved kids. “We have to open our eyes about what the neuroscience tells us,” says Decety. “We have intuitions [about what will work], but they are often wrong and not accurate.”

As a result, Blackwood and most other experts support separate diagnoses to emphasize the differences between the hotheaded adult antisocial personality and the cold-blooded psychopath, or in children, those with ordinary conduct disorder and those with CD plus callous/unemotional traits.

“In the DSM-5 [the pending update of the DSM], it looks reasonably clear that there will be specifications for CD with or without callous/unemotional traits, but there is no equivalent for adults. It’s still lumped together as ASPD, and I think it’s important to tease out these groups,” says Blackwood. That will be especially important given that labeling a child as a potential psychopath could itself have severely negative effects on his future.

Of course, these classifications say nothing about why one person becomes a psychopath while another becomes antisocial, or why some sadists develop a taste for masochism too. Decety’s research didn’t include sadists who weren’t sex offenders — but he would like to study the differences between people who engage in consensual and nonconsensual behavior. Researchers are also studying the life course of children identified with CD and callous/unemotional traits. Finding out what differentiates the group that becomes psychopathic from those who manage to master or outgrow these traits might help prevent some of the worst criminal behavior.

Then, perhaps, the most gruesome fiction will no longer involve real-world inspiration.